While you’re wrapping gifts, listening to Christmas songs and revelling in the festive cheer, we have a round-up of five fascinating Christmas facts to get your mind boggling…

Have some sympathy for our festive feathered friends, because in the UK we can guzzle a whopping 10 million turkeys at Christmastime! Turkeys have featured as a Christmas Dinner centrepiece in Britain since the 1950s, and continue to be the most popular choice of meat for the festive occasion. It’s believed 76% of us opt for turkey over chicken or goose. 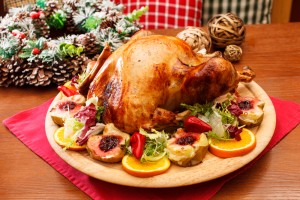 Father Christmas is a magical man of mystery, delivering presents to all the children in the world in just a single night! Researchers have found that his super sleigh would need to travel at 650 miles per second, and stop off at 822 homes every second, in order to successfully deliver every single present! No wonder he needs a whole year to recuperate!

3. Dreamin’ of a White Christmas

You may have noticed lots of traditional Christmas carols and songs refer to a ‘White Christmas’, even though we have barely any snowfall at Christmas. This is because during the 16th and 19th centuries the world was in the midst of a ‘little ice age’, where winter temperatures were several degrees lower than normal, and snow during the festive season was commonplace. It’s during this period that many Christmas carols and songs originate.

Did you know, Boxing Day is only celebrated in the UK, Ireland and Canada? We’re a greedy bunch when it comes to wanting a longer Christmas, and decided to make December 26th a national bank holiday so we can spend more time with friends and family, and polish off Christmas Day leftovers. 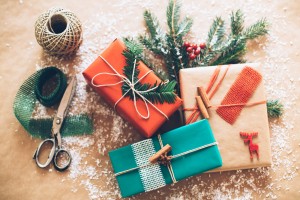 Although its true origins are unknown, many people believe the phrase ‘Boxing Day’ got its name because:

Brace yourself, there’s actually hard evidence from YouGov to suggest that on average, UK households spend around £22bn at Christmas! This works out at around £835 per household, which is spent on decorations, food and drink, presents, Christmas cards, stocking fillers and all the other festive activities we like to enjoy over the Christmas period. So that explains why January is so hard going!

Our version of Father Christmas dates back to 1804, when a member of the New York Historical Society, John Pintard, distributed wooden cutouts of St. Nicholas at a society meeting. The wood cutouts depicted Nicholas as a jolly man in red, along with toy-filled stockings over a fireplace. His super sleigh was added in 1819 by author Washington Irving.

Silent Night is the most recorded Christmas song in history, with over 733 different versions copyrighted since 1978. Meanwhile White Christmas is the best-selling Christmas song of all time.

Every year children write a Christmas list, so everyone knows what they want. But it seem that lists are rarely adhered to, as we spend on average £700 million on unwanted Christmas gifts every year.

What Vegetables Should You Plant in May?